What Happens When a Drive Belt Breaks? 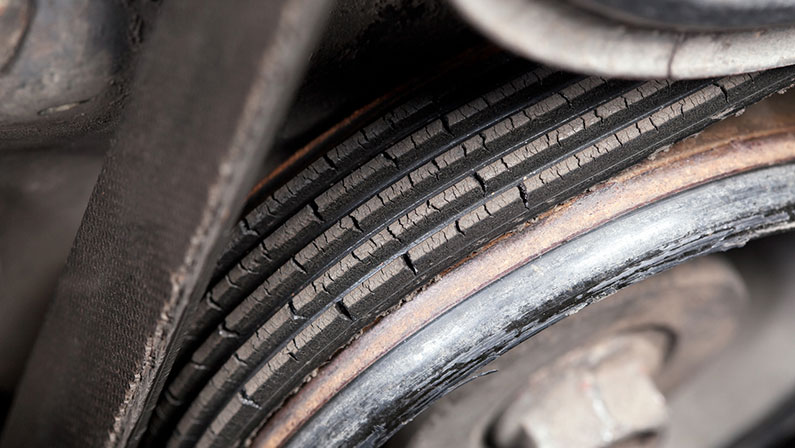 The serpentine drive belt is a key component that helps power all of your vehicle’s engine accessories. Now imagine if your drive belt suddenly broke as you’re driving along. You may not immediately know it, but a lot of critical systems rely on your drive belt, and the sudden loss of one can quickly put your car out of commission.

Why Do Drive Belts Break?

Serpentine belts don’t last forever. Like any other engine part, drive belts will wear out over time and eventually need replacement. Most belts last between 60,000 and 90,000 miles, with some belts capable of making it to 100,000 miles or more, depending on their quality and construction.

Old, worn belts can lose their elasticity and turn brittle, making them more likely to snap apart. Belts with physical damage, including cracks or fraying along the ribs or the belt edges, can also break without warning.

Consequences of a Broken Drive Belt

Several things can happen once your serpentine drive belt breaks:

Spot the Signs Before It Breaks

A new serpentine drive belt is cheap when compared to the potential engine damage that could happen if one breaks. In other words, a little preventive maintenance goes a long way towards stopping belt failure.

One look at your belt can tell you if it needs replacing. Here are a few signs to watch out for:

You can also tell by ear if your drive belt needs replacing. If the belt squeaks, squeals or makes any other noise upon engine startup or during any other point of engine operation, then it may be time to replace that belt.