How to Perform Fuel Injector and Upper Plenum Cleaning

This is a problem relating to multi-port fuel injected vehicles. Previously, fuel entered the intake manifold through a carburetor or fuel injectors positioned in a throttle body. The fuel passing through the intake manifold kept the interior of the manifold free of carbon buildup. Multi-port fuel injection differs in that the injectors are in the lower manifold runners, close to the intake valves. Air and positive crankcase ventilation (PVC) induced carbons are the only things passing through the manifold. The PVC valve deposits carbon on the walls of the intake manifold referred to as “coking.” Coking begins to be problematic when sufficient coking material accumulates, restricting airflow and fowling the injectors. The rate of coke buildup depends first on the climatic zone, and secondly by the mileage induced wear on the engine. The climactic zone matters because the colder the engine, the longer it takes to reach normal operating temperature and seal the rings. Mileage induced wear refers to the piston ring and valve guide wear, which creates higher levels of crankcase pressure. The increase in pressure forces more carbon through the PCV valve and into the manifold. By removing the buildup of coke in the manifold and injectors, the idle will smooth out, the throttle response will quicken and the fuel economy will increase.

Procedure For Cleaning The Intake Plenum

This requires the use of an upper plenum cleaning kit. The kit consists of a pressurized bottle of “Upper Plenum Cleaning Agent, an “on and off valve” and a “spray nozzle.”

This requires a bottle of fuel injection cleaner, a valve with a pressure gauge and a hose to the fuel injector rail. 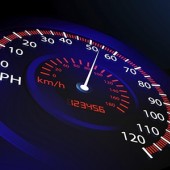 Three Reasons the Fuel Pump Can Be Noisy